The Magical Unicorn Society unites people across the globe who love unicorns. Our new handbook documents everything there is to know about these unique creatures.

A brief history
OF UNICORNS

The Gold Unicorn and the Silver Unicorn are believed to have been the first of their kind. They existed back when the world was young, and magical creatures were as common as clouds in the sky …

All sorts of enchanted beings lived on Earth at this time, from fleet-footed fairies to colonies of mischievous nymphs, and ice-breathing dragons that could freeze anything in their path. Unlike the Gold Unicorn and the Silver Unicorn, many of these magical creatures still exist today – if you know where to find them. 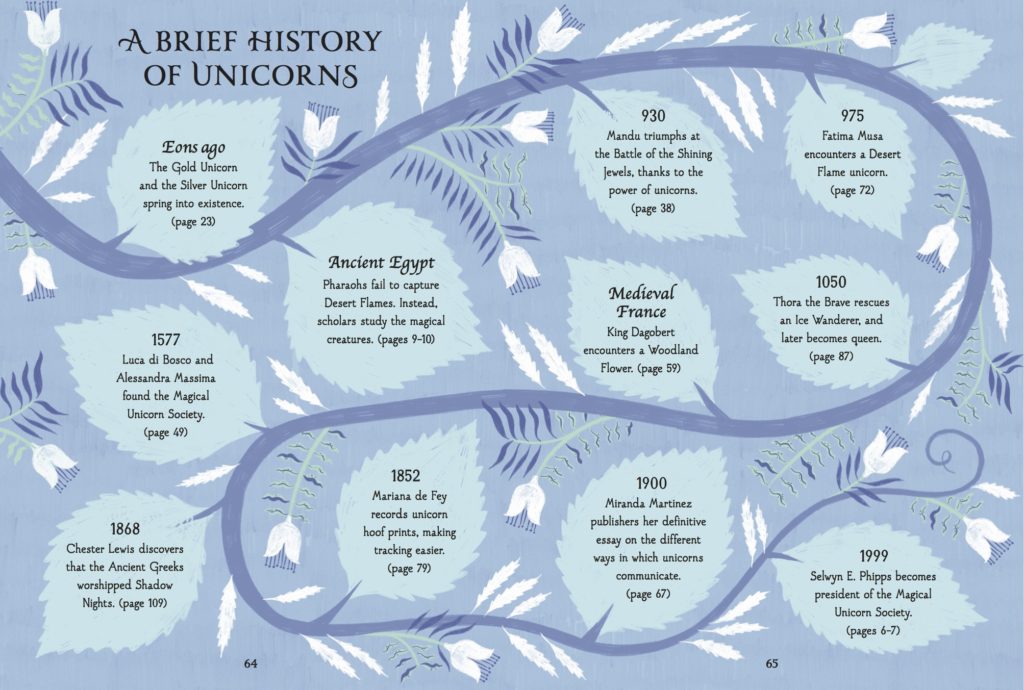 When humans appeared, they came into contact with unicorns and, at first, they lived in harmony together. However, things changed as people spread across the Earth, increasing in number and gaining powers of a different kind: mechanical, electrical, industrial. Humans came to rely on modern technologies and fewer people remembered the old magic. As the world grew busier and noisier, unicorns became shyer creatures. They retreated to the highest mountains and deep into the thickest woods, where they used their intimate knowledge of the landscape and highly developed camouflage to hide themselves.

Over the decades, their magical powers evolved and became more specialized. Some unicorns have manes that can make them invisible at will. This allows them to roam unseen and without fear of harm. Others can fly, and anyone who tries to sneak up on them will find that they can disappear in the blink of an eye …

We’ve located seven types of unicorn in the world today – Mountain Jewels, Water Moons, Woodland Flowers, Desert Flames, Ice Wanderers, Storm Chasers and Shadow Nights. The map below shows where in the world they have been seen.

Hover over the key on the left hand side to find out which pattern or symbol belongs to which unicorn family, then investigate the map to see where they live! 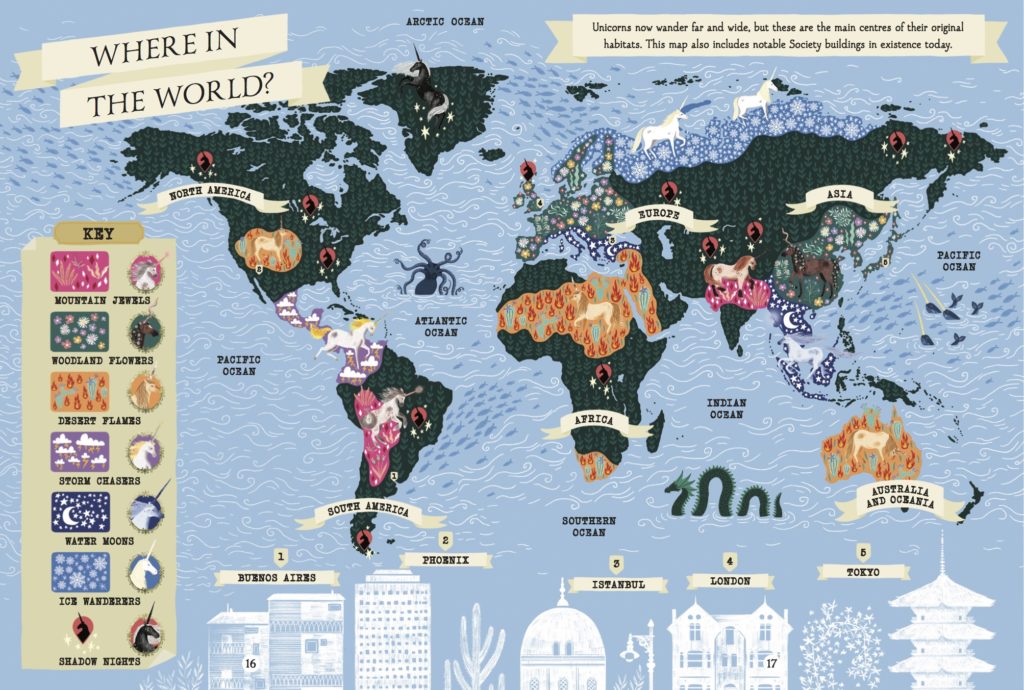